Usually, my focus is on how to travel with my son, however, a couple of years ago E and I went away on our own for three nights for the first time. Since first writing this post, we also went on a 10 day trip to Israel without R. If I found traveling for three days without him I was not prepared for 10! Here are some tips, based on our experience, for the best way to travel without kids.

For our second vacation without our child, my father in law came in from out of town to stay with R. Since R is a creature of habit preferring the same routine, the same breakfast everyday and knowing what’s going to happen next, we thought it would be easier for him to stay at our house the entire time.

Once again, everyone was quite nervous about the whole thing. My goal was to make everything easy for us, simple for them and not too outside of R’s comfort zone.

We ended up having a fantastic time on both trips. R had a wonderful vacations with his grandparents. So much so that he barely wanted to speak with us on FaceTime!

Here are some of the strategies we used to make prepping for a trip without the kids relaxing, enjoyable and stress free. 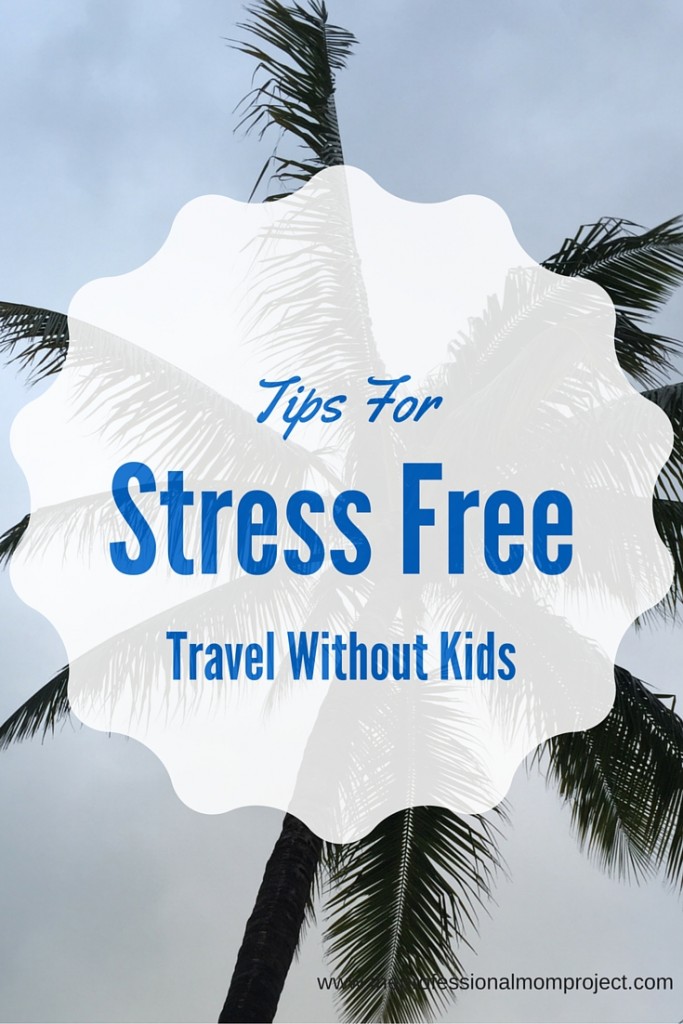 How to Travel without Kids

Tell your child about the trip well in advance

R likes to know what’s going on. He’s not a huge fan of surprises and likes to know the master plan. Since we know his personality, we told him about both of our trips well in advance and started getting him excited to spend time with his grandparents.

This worked so well, that every time we tried to FaceTime with him, he would hang up on us. Apparently he was just having so much fun with his grandparents that he didn’t notice we were gone. This was a bit deflating for me, but both E and I were happy that R was enjoying himself and not missing us.

For our trip to Israel this was a bit more of a challenge. He knew we’d be away for a much longer time and didn’t really like the idea very much. There were tears prior to our trip on several occasions.

This made E and I a bit concerned about traveling without our son but we knew that ultimately he would be fine.

On the day we left there were tears, both from him and from me, but R’s grandparents had lots of special treats planned while we were away so we knew everything would be ok in the end.

Before we left we sent emails to R’s teachers and advised his after school caregiver that we would be away for a few days. Not only is this of practical importance, so that the teachers would have the correct contact information, but in case R had a hard time that week we wanted the teachers to understand what might be the cause.

This was also helpful for my parents since R’s teachers etc gave them an extra hand.

Go shopping for anything you might need early on

As I’ve mentioned in earlier posts, R is a very picky eater. He likes having certain sandwiches for lunch and won’t eat unless there’s stuff in his lunch that he likes.

To ensure the lunches were packed to his picky 6 year old specifications, I  went so far as to take a picture of his lunch and sent it to my parents so they’d know what to give him.

When we went away for the second time, my parents were in charge of making R’s meals. I brought all of the lunch containers over ahead of time and gave them a picture in addition to a list of different options.

Pack extra clothing and let your kids pack some of their own toys, books and stuffies

R really enjoys packing his own bag for any trips we take, so we gave him the same opportunity here. He has a ton of toys at my parents’ house but we wanted to give him the chance to take what he wanted to bring as well. As a result, he packed a small bag full of his toys, stuffies and books to take over.

My family lives very close to us so even if we’d forgotten something it would have been easy enough for my parents to go back to our house and pick it up, but we thought it would be best to avoid that if possible.

Or Stay at Your House (if you can)

To make the longer trip easier for everyone, we decided that R would stay at home and his grandfather would come and stay with him. By staying home this eased some of the transition anxiety around us going away.

We knew that having R sleep in his own bed would be a lot easier and more comfortable for him than having him stay at my parents’ house for 10 days.

It was also easier to split the responsibilities this way.

R does a bunch of sports and other activities on the weekend. We know he enjoys them, it keeps him in his routine and those classes are expensive!

I created a detailed daily schedule for him and emailed it to his grandparents. It might sound very controlling, but they found it helpful since they knew what time to take him to school, what time to pick him up and when he should go to bed.

We also  set up all of the equipment for his activities before we left and gave it to my parents so they would just need to put the equipment in the car and get R to the programs on time. This saved time for them and resulted in less stress since everything was already where it needed to be.

This was really important when we went away for the second time. Since R is playing select hockey we had to set out his uniforms ahead of time and make sure his equipment, jerseys and socks were clean for his different games. Once again, teamwork was key to making it work.

E came up with this idea for our trip to Israel and I think it worked well. We wrote a special note for R that his grandparents could give him each day we were away. We would put something special in the note or draw a funny picture.

This way he knew that we were thinking of him despite being far away. 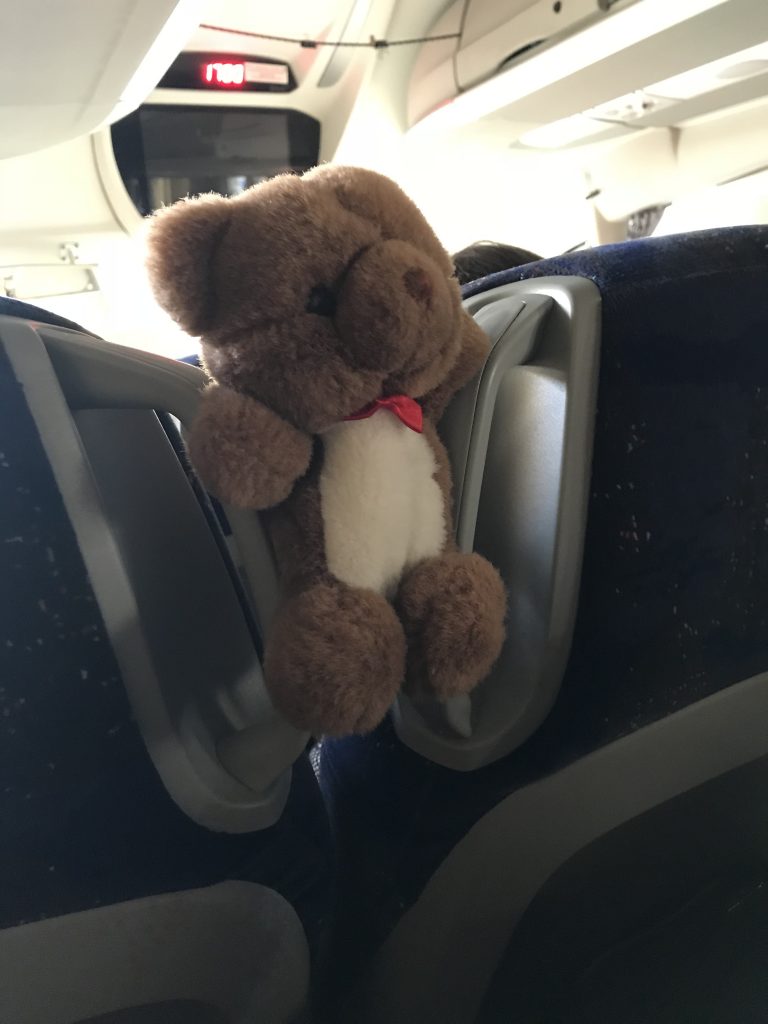 This idea is another of E’s awesome suggestions. Before we left we told R to choose a small stuffed animal that we could take with us. We promised to take the stuffed animal with us wherever we went as if R was with us.

R chose a teddy bear and named him Noseyah, which means traveller in Hebrew. We brought Noseyah on all of our excursions and took pictures with him. After taking the pictures we sent them to R’s grandparents to show him.

While the people on our trip laughed at us a bit and wondered why we were travelling with a stuffed bear, once they found out our reason, they loved the idea as well.

You can have stress free travel without kids

Before we left on both of our trips without R I was totally nervous. I was concerned he’d be unhappy, that our families would have a difficult time dealing with him and that I would miss him tremendously.

I did miss him very much on both of our trips, but by taking all of these tips for stress free travel without kids into account beforehand, R had a wonderful time with his grandparents.

We’re already in the process of planning our next romantic getaway!

If you have children, do you often travel without kids? What are your tips?

« Pinterest for Beginners: A Quick Tutorial
Get Organized! How to use Trello for Blogging »